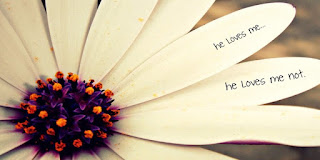 Is it me or does its seem like most man have no clue what they want out of life. On the other hand, the majority of women at least have an idea what they expect from life and what they expect from their significant other, and I can say I’m part of that majority I already went through a horrible seven-year relationship and gained two wonderful kids from it, but now that, that has been over for about 4 years now I knew what I wanted to gain from my next relationship. So, when I met my current boyfriend I felt in my heart and soul that I found someone with all the qualities I was looking for; someone that I could be myself around, someone that loved me through all my flaws, someone who most importantly loved and cared for my kids, and someone that I could grow with and eventual settle down with and build a family together. When I met my boyfriend I knew that he was pursuing a career in the criminal justice field and I knew being a police officer was at the top of that list, and also knew that he didn’t see his self-pursuing that dream in Philadelphia which meant sooner or later he would have to move, but as the years went by and the desire was still there for him to leave Philly I always assumed that I would be included in that life style change, we even talked about it a few times. so, when he finally got the call from Atlanta PD to join their force I didn’t know what to think although I knew this day would come one day I still wasn’t prepared to deal with heartbreak I felt knowing that he would be 12 hours away from me. I know they say distance is good for the heart but I’m honestly not tryin to hear that; tell me how you go from seeing someone everyday to maybe only seeing them once a month. As these thoughts ran through my head the thoughts of he’s gonna ask you and the kids to come out there with him went through my mind also. As time started to wine down to the last month of him being here he kept talking about the move but none of the plans included me and kids; it got to the point where I just had to flat out ask him “what’s up”? The answer that I got wasn’t what I wanted to hear none of it made sense to me; we been together for 3 years and your still not sure if we should live together, you’re not sure if you’re ready to be a full-time parent, and just a whole bunch of other excuses that made no sense to me and my way I thinking. I don’t know but if the shoe was on the other foot I would want him with me, come be with me lets start a new life somewhere different new scenery for the both of us. Of course, maybe the first year would be rough because we wouldn’t know anybody out there but that comes with time; in my opinion things would be tough and stressful at first but nothing comes easy and you have to work at things. As I’m typing this entry this is actually my last night with him, it hasn’t really hit me yet that I won’t see him for awhile and to be honest I don’t think he has realized how lonely it gonna be in a new city with nobody you know. While I can say that I do love him with every piece of me I can’t and I won’t wait around for too long for him to decide what he really wants out of life and to figure out whose important to him. I’ll be 30 next year and even though that’s still young I know what I want, I want to be married and possibly have more kids and I’m not wasting years trying to figure out if you feel that same way that I feel about you.